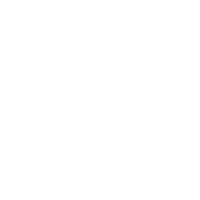 Kaiya Milan is CEO to music management firm and label OFF BALANCE based in London, England.
Kaiya also works as an Artist Manager and Creative Strategist, and her key skills lie in Project Manangement, Broadcast Journalism, Media Law & PR.

Kaiya Milan currently manages solo artist AFRONAUT ZU, artist collective STEAM DOWN and its founder AHNANSÉ, but has worked with a great deal of other notable artists throughout her career also, including well-known Poet, Artist and Creative Kojey Radical. Since then, she has worked with many brands and companies including Adidas, Apple, Beats, Live Nation, Festival Republic, Puma, Ellesse, Dr. Martins + many more. In 2017, London’s Young Music Boss Awards honoured Kaiya Milan’s work by awarding her ‘Manager of the Year’.

AFRONAUT ZU is currently the live vocalist for Rudimental as well as a member of popular London hip-hop collective Orphgang. Known mostly for his powerful and explosive vocals both on and off stage - He is currently gearing towards his second EP. During December 2017, he released his first single Martians produced by frequent collaborator XVR BLCK. Martians was premiered on BBC 6 Music by Mary Anne Hobbs and has since been picked up by Spotify on their official New Music playlists as well as the Viral 50 chart.

STEAM DOWN is an artist collective, weekly event and music community based in Deptford, South-East London. Founded by multi-instrumentalist, composer and producer AHNANSÉ in May 2017, the initial event was created to connect London based musicians and producers. Since then it has evolved into a weekly event where Steam Down artists and its extended musical family generate spontaneous sonic soundscapes reflecting their lives in the city.

STEAM DOWN has quickly become a household name in London’s music scene, and most recently received two Jazz FM awards including The Innovation Award sponsored by Mishcon de Reya and Live Experience of the Year Award sponsored by Yamaha UK featuring Kamasi Washington. In addition, this summer Sky News produced a feature on Steam Down and its fundamental role within London’s flourishing Jazz scene.

After observing the amount of women being overlooked within the business side of Music, Kaiya started her own collective called The Sorority House & Co. (Previously - Women in Music UK), which aims to connect and empower women in the music industry. After a series of successful events in 2015, Kaiya held their latest in February at the Apple Store in Covent Garden, which sold out in less than 8 hours.

The Sorority House & Co. runs weekly Sorority Circles for female creatives in order to generate power banks of success, build upon ideas and share experiences. They also run monthly Female Boss Friday events which aim to act as networking hubs for women in the creative industries. In addition to these events, The Sorority House & Co. also independently powers Goddess Fest, an annual event under The Sorority House brand, and London's first music festival with an all female lineup.